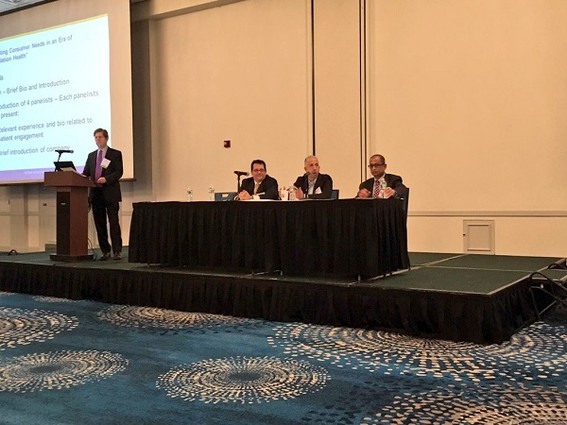 At the joint winter conference of the New Jersey chapters of HIMSS and the Healthcare Financial Management Association, held on Jan. 28, a panel discussion addressed how the use of technology can allow patients to make their own healthcare decisions and participate in preventive medicine.

All of the panelists had significant experience in developing technologies that could change patient self-care, and they were approaching the issue in different ways.

Asked by Gilbert how their companies were enabling patients’ self-care through technology, Bowman, for example, discussed an ongoing initiative at Healthgrades to create virtual case managers for people who are not ill enough to require a hands-on human case manager.

“We can only afford so many live case managers,” he explained, especially for people who are well most of the time. So Healthgrades has developed a set of technologies that can approximately replicate the case manager virtually.

The technology incorporates the idea of “communications between doctor visits,” taking into account not only the patient’s medical information, but also personal information such as who is in his household, the languages he speaks, etc. It involves a to-do list for individuals and includes patient education. Healthgrades is piloting this technology with four regional health systems.

Qualcare, an insurance platform company owned by Cigna, is working to incentivize people to  pay attention to their own health by providing easy access to a platform and paying them to take care of items the company believes are important, according to Volarian.

For example, Volarian noted that he had been an avid Fitbit user for several years and always tracks his food. When he joined Qualcare and went on his employer’s platform, he was told that he could make as much as $1,000 a year by checking off the things he was willing to do. One of them was register a Fitbit, which he did easily. Another was to track his food intake. “I checked through the list and checked off the easy ones for me. Logging my food is something I’ve been doing.”

The “nirvana for us is that you can take this list and all the other technologies that come out in the future, mash them together in a usable way, and put them where people will go: on the phone, on a desktop, in whatever format they choose and interact with the system. Then give them the incentives to use it.”

This system gives people control over their health. “It all goes back to tying all these things together in a user-friendly way and aligning those incentives appropriately,” he said.

Speaking last on the topic, Rab said that HackensackUMC is trying to create a continuum from home to the workplace, the doctor’s office, the hospital and the nursing home.

HackensackUMC has partnered with Apple Health, Google and others. For example, a doctor will assign her patient an app. If the doctor prescribes that the patient walk a mile, and he stops after a half mile, the app will encourage him to continue and remind him that this is what the doctor wanted. It creates the feeling that the doctor and the health care system care about you, about what you do and how well you comply. All of these apps are for behavior modification, “to help us understand prevention,” he said.

“This is the paradigm shift we are working on at Hackensack. We are saying that the power has to go back into the hands of the patient. And the patient — and that includes me — should be able to have their own data and control which ‘bank’ it goes into,” such as vaults provided by Apple or Google. 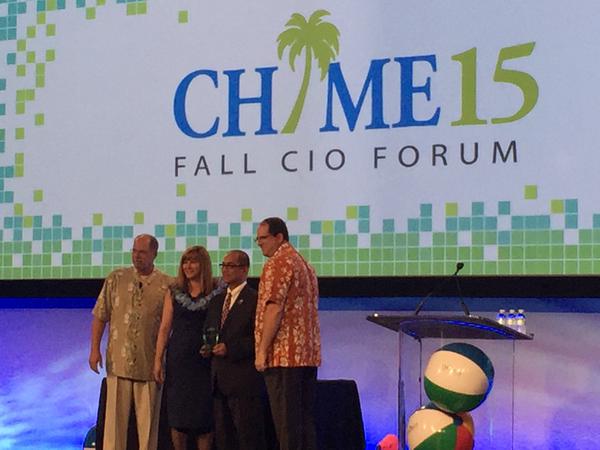 Leveraging a web-based care plan. To improve provider communication, the ACO purchased a web-based platform that allows it to create and share a global patient care plan. The ACO also spells out specific care coordination activities for each member of the care team. For example, the platform alerts care coordinators about an impending patient discharge later that day or the next, so the coordinators can assist with medication reconciliation and other activities. The tool also reminds specific members of the care team when certain activities, such as a fall risk assessment or depression screening, need to occur before the transition.

“Garrett said the success of the Medicare Accountable Care Organizations that Hackensack and Meridian each launched in 2012 provides evidence of their commitment to transforming health care into a system focused on quality and cost efficiency.”

The Industry Guide to Working With ACOs

Mobile apps are giving clinicians a better handle on how patients move through the continuum.

Horizon is partnering with the accountable care organization of the Hackensack-Physician Hospital Alliance in order to improve medical care and clinical outcomes for more than 16,000 Horizon members.

Hackensack University Health Network ACO saved Medicare $9.9 million in the first year as a participant in the Medicare Shared Savings Program (MSSP)—covering only 12,000 patients. The ACO will recoup the $3 million in initial investments it made and will still be in the black. Dr. Morey Menacker, CEO, spoke with ACO News about the secrets to his organization’s success.

In order for the Hackensack Alliance ACO to meet its foundational requirements and achieve shared savings, it needed to provide care coordination across the care continuum for its attributed ACO Medicare patients.

How a N.J.-Based ACO Achieved Shared Savings So Quickly

Physician leadership, care coordination the keys to success for one ACO

Denise Patriaco, Director of Care Coordination for Hackensack ACO, discusses how the triple aim of the ACO speaks directly to the core values of nursing.

LOOKING TO OPTIMIZE YOUR TEAM OF CARE?

MORE ABOUT OUR PRODUCTS
GET STARTED TODAY